by Lacie Johnson, Communications Intern
Brian Dunford knew the Herdina Academy for the Construction Trades was something he wanted to be involved with. President of Floor to Ceiling Carpet One, he feels the workforce shortage pain daily as his industry struggles to find skilled workers. Dunford recognizes that the next generation is not entering the trades in the numbers needed to flourish. He emphasizes the importance of helping to educate and show young people all the choices out there.
“If you want to continue to have success and grow your business, you have to be forward-thinking and participate in programs like the Herdina Academy to groom the next generation of workers,” he says. “It is imperative that we, as business owners, do our part by being actively involved, showing that the trades can be a very viable and lucrative career for them.”
The Herdina Academy for the Construction Trades gives students hands-on experiences and the chance to become more engaged in the trades industry.
In June, Logan Braun participated in the Academy, a two-week session that gives students an experience outside of an academic school setting by partnering them with local professionals in the industry to complete a community project. It was there that Braun met Jamie Kenowski, Floor to Ceiling Carpet One residential tile manager. Kenowski saw potential in Braun and hired him for his tiling crew over the summer. 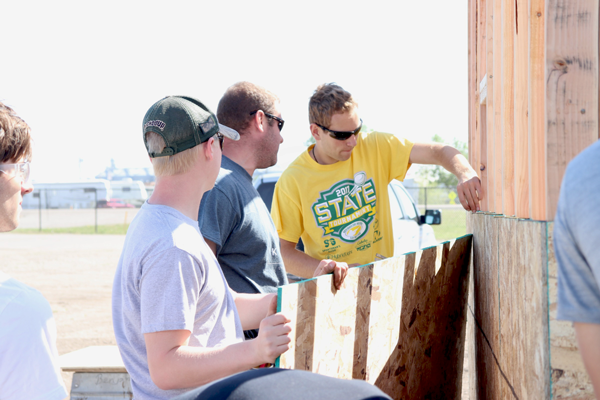 Kenowski says, “Logan was a great student and a dependable worker. He asked the right questions and listened when spoken to. He was always on time and ready for the day, willing to get his hands dirty and driven to learn more.” 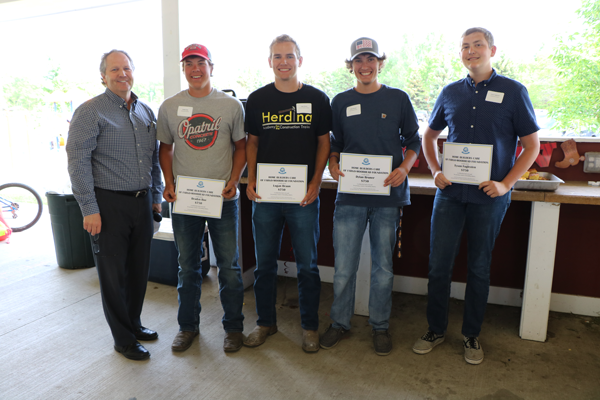 Braun is now pursuing a degree in construction at North Dakota State College of Science in Wahpeton. He plans to work more with Floor to Ceiling in the future. He credits the Herdina Academy for introducing him to all kinds of trades and the chance to experience a field that he may not have considered before.
Interested in learning more about the Herdina Academy? Visit its Facebook page or contact Summer Hammond at (701) 232-5846.